Editor’s Note: We thank UPitt’s Emily Dickson for doing a guest wrap-up for this tournament.

The thirteenth iteration of Sagacity was hosted this past Saturday by the University of Pittsburgh. 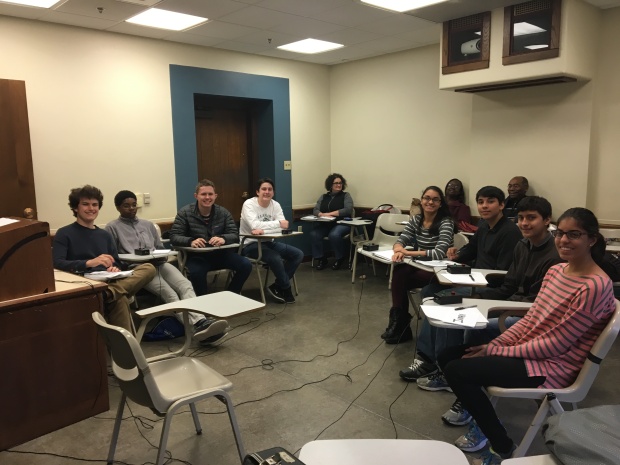 Alagar Homeschool continued their strong start to the season, sweeping the field with an 11-0 record. Dominated by Jaya and Rajan, who went first and third individually, Alagar remains at the top of the Pittsburgh circuit. Winchester Thurston A took second place with Tim, Elliot, Kevin, and Johnny maintaining their relatively even statlines. WT-A is truly a four man effort, a rare occurrence in both the Pittsburgh area and high school quizbowl as a whole. Allderdice A came in third after taking two losses in the afternoon. Returning to pyramidal quizbowl after an apparent two year absence, Pine-Richland A made an impressive return with a high PPB and good performance by Ben, resulting in a fourth place finish. Fourth place was also shared by Winchester Thurston B and Hatboro-Horsham, the latter of whom made a trek out from Southeastern PA. 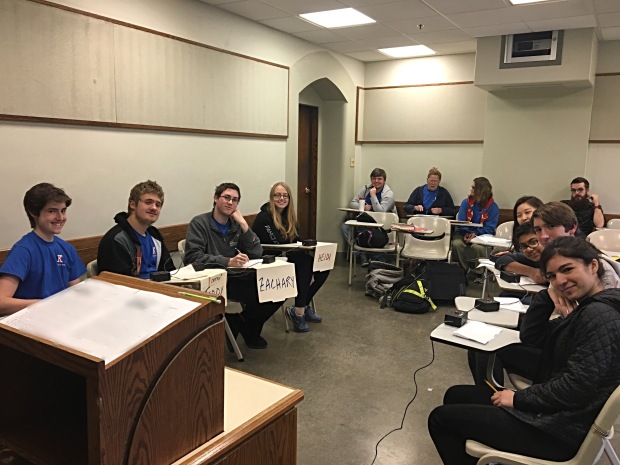 Kane A and Northwest PA Collegiate B

Shady Side A led their bracket in the afternoon after a win against Pittsburgh Central Catholic. Westmont Hilltop’s Ethan led his team to a close morning win over Hampton A. Northwest PA Collegiate Academy brought two enthusiastic teams who finished tenth and twelfth, respectively. Chartiers Valley also returned after last month’s Mellon Bowl, hopefully signaling continued participation in area tournaments.  Allderdice B-D, Dubois, Pine-Richland B, South Side, and Shady Side B, all were competitive in their brackets and gave many players the opportunity to perform on A level questions. Pittsburgh circuit regulars Kane A and B came out from North Central PA and had some close wins throughout the day.  John Marshall (WV)’s Colerain finished eleventh in individual scoring, showing a great deal of potential within their team.

Overall, the tournament ran smoothly and players seemed to be enjoying themselves.  I am excited to see what the remainder of the season brings for our Pittsburgh area teams.