On April 7, 18 teams (including 4 Manheim Township house teams) competed on the 25th iteration of Maggie Walker’s high school housewrite, GSAC, with questions at a slightly higher difficulty than the regular high school level. 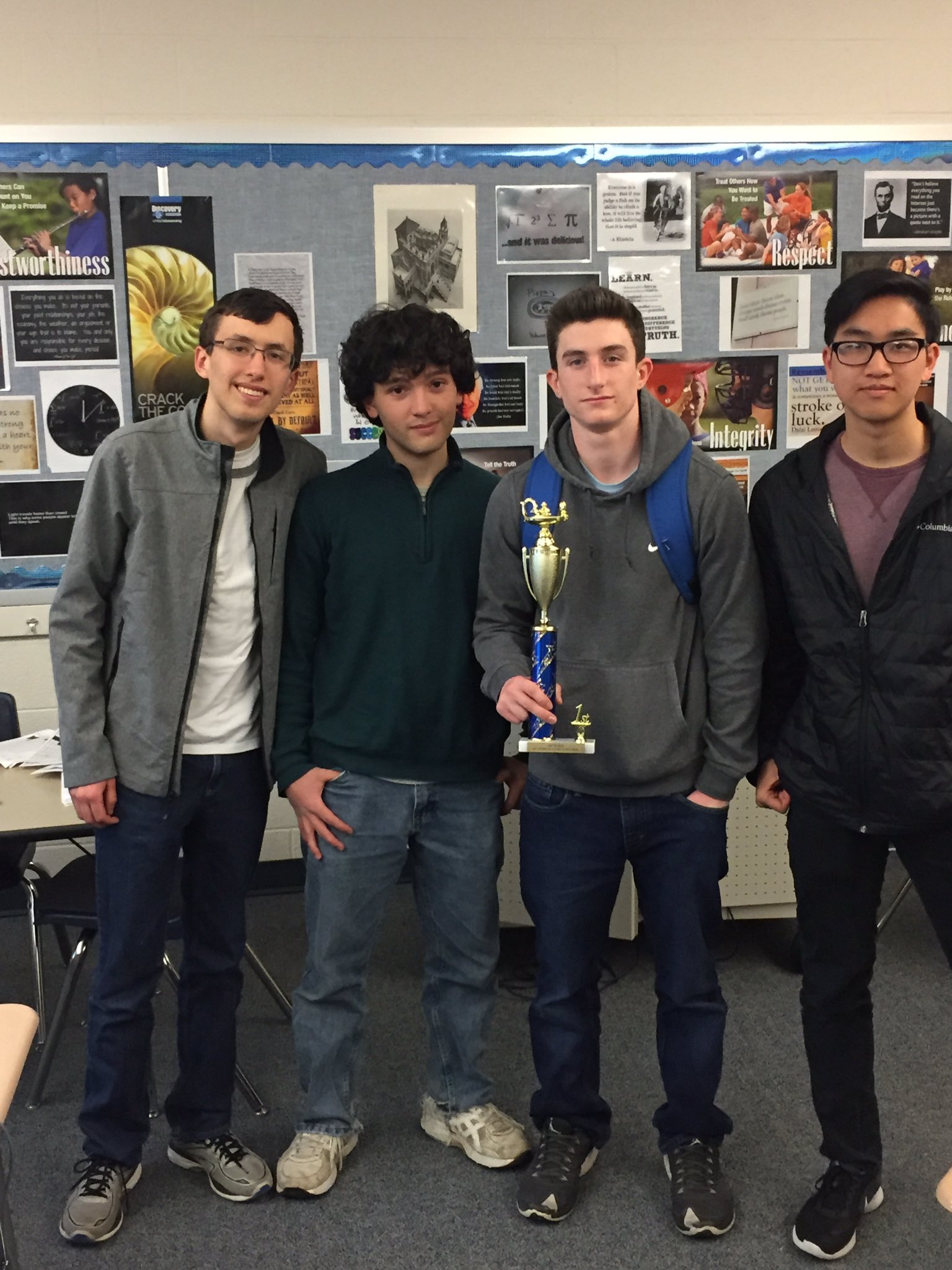 First place went to Great Valley A. Sam Scarfone led them with 87.78 points per game and 22 powers, and Dan, Mark, and Chris each contributed significantly with several buzzes per match. Though they’ve gotten a reputation for high neg rates in the past, it seems that they’ve worked on cutting those down, and their neg count here was comparable with the other top-bracket teams.

Lehigh Valley finished second as a result of a 260-335 loss to GV in round 6. LVA’s 22.55 points per bonus was the highest of the tournament, and though Alex did have an uncharacteristically high number of negs (21), his 42 powers and 162.78 total points per game were still extremely impressive.

Friends Select A, missing Rudyard, still scored 19.51 points per bonus. Led by Richard’s 63.33 ppg and backed up with a solid performance from Jake, they came within 15 points of defeating GV in round 7 and took 3rd overall. They are definitely a strong contender in the Open division of SSNCT this year.

Penn Manor and a team from Downingtown STEM took 4th and 5th, with 13 powers each. PM, a young team led by Connor’s 66.67 ppg, played good games against the teams above them, even converting exactly half of the tossups heard in their game against FSS. The usual A team from Downingtown STEM had already played this set elsewhere, but a strong performance from Nori, Max (a freshman), and Catherine showed that they still have several talented players behind them as well. Hempfield A finished sixth, led by 2018 NASAT team member Will Yaeger with 60.56 ppg.

In the first consolation bracket, Great Valley B won each of their afternoon games, with Anshu, John, Rishi, and Dan each scoring at least 17 ppg. Friends Select B had a solid 16.20 points per bonus and another balanced effort from Matt, Jonah, Aidan, and Silas. Lancaster Mennonite was led by Jacob’s 56.67 ppg, and the rest of the bracket was rounded out by three Manheim Township house teams.

The last bracket featured Great Valley C, Manheim Township Middle, Lancaster Catholic, Hempfield B, Bermudian Springs, and another house team made up of Nate Rybner playing solo. Each of these teams scored well on a difficult set, and in particular MT Middle’s strong performance indicates they’ll do very well at MSNCT next month.

It was great to see a variety of teams challenging themselves on a hard set and nice to watch some of the state’s strongest teams continue their preparation for SSNCT at the end of this month, HSNCT in late May, and NSC in early June. As a current senior myself, it’ll be bittersweet to play the last few tournaments of my high school career, but I’m definitely excited as we all head into nationals season—good luck and happy studying to everyone out there!