Last weekend, 11 teams from 9 Pennsylvania schools tried their hand at NAQT’s Small School National Championship Tournament (SSNCT), with some decidedly good results. For more information on the tournament itself, see our preview of the event from last week.

The traditional public school division witnessed a truly impressive undefeated run to the championship from Glasgow High in Kentucky. Meanwhile, the PA teams acquitted themselves well to an exciting challenge.

The highest finish (a 10th place-tie) went to Camp Hill, who extended their streak of top 11 finishes into an eighth season. Alex’s 18-power performance capped off his high school career with a bang, and Sydney led the team in scoring with 42.46 PP20 (Points per 20 tossups). They got to T-10 by winning a head-to-head match-up with Huntingdon A, who were in as impressive a form as they’ve ever been. Steady improvement since they joined the circuit three years ago has produced their best finish yet. Andrew led them in scoring, and as a 10th grader, was named one of NAQT’s rising stars for the event. While it’s a shame when a PA team has to eliminate another at nationals, both did well and should be proud of how far they got.

South Side from Beaver County also made the playoffs, with a pair of thrilling wins against South Shelby and Pilot Grove, both from Missouri, in the final prelim rounds. This took South Side from 4-4 and on the ropes to 6-4 and into the playoffs. Both of those final wins were both by 20 points or less. Good clutch performances like these under pressure are a great confidence boost, and I hope South Side parlays this into even more next season.

Outside the playoffs, Westmont Hilltop wound up just short at 5-5 with one of the best statistical performances from a non-playoff team. They did capture quizbowl’s hearts again with their second year of featured jamming with one player’s recorder on NAQT’s Instagram. Huntington’s B team also went 5-5, flaunting our expectations of them and showing the team might have sustained depth for years to come. Lakeland unfortunately finished 4-6, on account of their best player not making the tournament due to illness. While a disappointing finish for their best season ever, they still have lots to be proud of. Speaking of Northeastern PA, Riverside High also finished 4-6 and was the only Pennsylvania team that was completely new to pyramidal invitationals this year to attend this SSNCT. In their nationals debut, they performed solidly, especially their captain, Jake, with 34 PP20. It’s great to see them challenging themselves and we are happy to have them aboard the circuit.

The biggest story from this year’s SSNCT for PA was unquestionably Philadelphia’s own Friends Select, who took home second place overall in the Open Division (Private and Charter and Selective Magnet schools). As teams seek to prepare for the later nationals in May, FSS looks to be peaking in fine form. Friends Select powered as many as 10 questions in one round, and got key contributions from a number of players. Saras, one of their fourth chairs, managed to power more than he 10’d, and Jake had the tournament of his life (to date) with several key powers in the playoff run. FSS was also the only team to defeat the tournament champion, Early College at Guilford (NC). This occurred in the first game of the finals (in which FSS had a disadvantage) after Friends Select had lost to ECG three times already. In a convoluted, multi-protest, very tense game that took almost an hour to complete (and can be viewed on YouTube here), the Falcons came out on top. While they lost the second game of the finals, they have so much to be proud of and made the eventual champions “go the distance.” Kudos to all five players as well as GPQB Coach of the Year Abbi Smith on a great performance.

Not to be ignored behind them was a quite excellent Tie-5th place finish for Winchester Thurston. This longtime Pittsburgh powerhouse got there once again with their signature balanced attack, as all four players cleared 19 PP20. While their overall scoring averages would put them in line with teams than finished lower, Thurston continues to play scrappy and beat teams at any level, a trend from previous nationals. Moravian Academy sent two teams to the event and their A team made the playoffs with a 6-4 prelim record. They are steadily improving and look to continue even further next year. In yet another all-PA matchup, Thurston and Moravian met in their first playoff game, where the former triumphed 445-110. 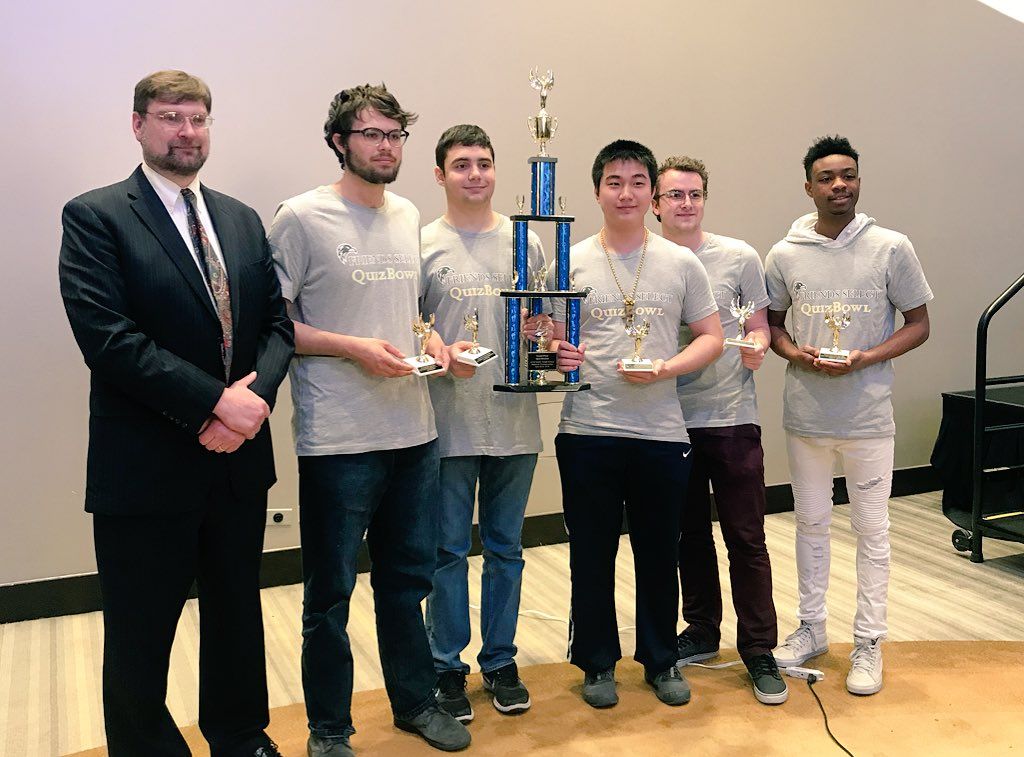 SSNCT showed top PA small schools can flex their muscles; now it is time to see how their larger counterparts can handle the pressure next month at HSNCT.