Pittsburgh area quizbowl continued one of its long running traditional tournaments just before Thanksgiving with the University of Pittsburgh’s SAGACITY, entering its 14th season as an invitational. This was the largest ever edition, with 32 total teams. Due to the mid-event cancellation of Mellon Bowl as the result of and in respect for the Tree of Life Synagogue shooting, this was the first full tournament many Western PA teams got to play this season. 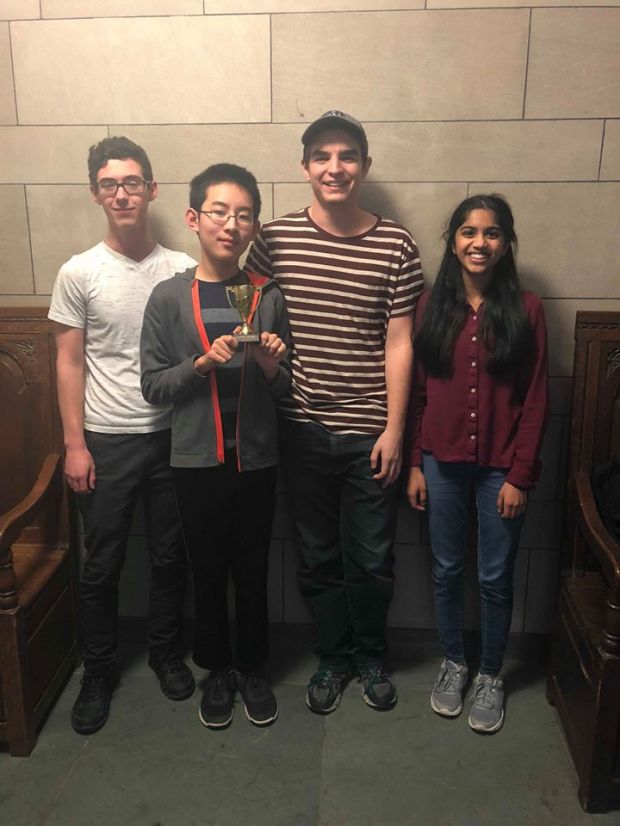 The tournament’s final matched the top ranked teams in the state. One team from State College High School took first place in an exciting 375-325 win over Allderdice A. State College seems to have no set lineups or teams as such, so it’s not really worth talking about them as an “A” and a “B” team at this point, with so much change. The stronger team will be the one that has their phenom sophomore, Albert, at the helm. His extremely impressive 73 points per game was good for second overall, and his 26 powers is stellar for a student his age. He is certainly a front runner for our all-state teams this year. Despite the upset win, Allderdice showed why they were ranked #1 in the preseason by statistically standing out as the class of this field.  Their 78 power buzzes were almost twice that of State College, and they held opponents to a somewhat incredible 32 points per game against them in the morning, including a 690-0 grail against John Marshall B from West Virginia (for more on what a grail is, please see our Henderson wrap-up from earlier this month). They are truly outstanding, with all members of the team contributing serious points.

State College’s other team finished 3rd, winning a game against Northmont from Ohio to take that spot. 5th place was a tie between Allderdice B and Pittsburgh Central Catholic. Alana led Allderdice B’s scoring, and her 85 points per game ended up being the highest among players at this tournament. Central Catholic has been a good team for a while, but had never really broken through to become a contender at events. That changed at SAGACITY, where they shot up to an 8-2 record with 30 powers. Simon Sweeney’s 72 points per game was the 3rd highest score of the tournament. Also making the playoffs were Central Catholic B and Penn Hills. The later is a fairly new team around the circuit, but had a number of impressive buzzes and seemed to be having a blast as they player their rounds. They have plenty of potential to keep rising further. 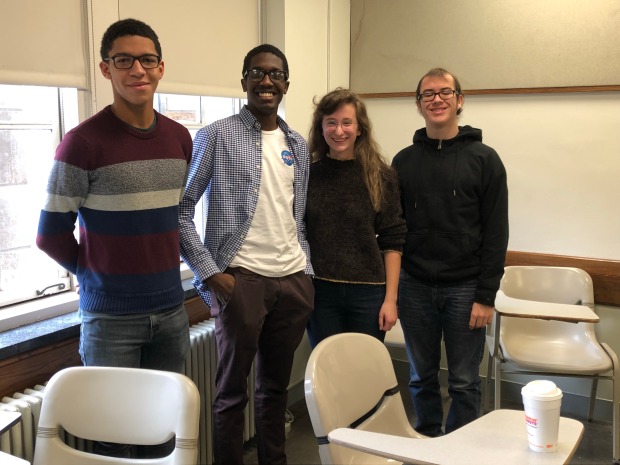 Penn Hills A, during the preliminary phase of the tournament.

Among other schools in attendance were perential Western PA powerhouse Winchester Thurston, who finished 9th after some of their players had to miss a few rounds due to another commitment. The 2017 State Champions still look to be strong, and could do well at nationals yet again. A litany of local schools such as Pine-Richland, Bishop Canevin, Hampton, Chartiers Valley, and Southside represented the Pittsburgh metro well. Northwest PA was represented by Kane, DuBois, and Saegertown, the later school having returned to the circuit after a year’s absence. We also wanted to make sure to shout out to some of our newest teams. Sharpesville played one event in Ohio last year, but this was their first in-state quizbowl experience. They improved on a winless showing at their first event by quite a bit, qualifying for small school nationals. Butler County’s North Catholic, who was at the unfinished Mellon Bowl, got to play their first full event. Apollo-Ridge was a true first time team, and we welcome them to quizbowl Saturdays.

Overall, this tournament ran extremely efficiently, and teams packed a lot of quizbowl into their day. This will be remembered well among the long list of SAGACITies past and future.