The state of Pennsylvania—home to over 1,000 high schools—has enormous potential for producing regionally and nationally competitive quiz bowl teams. The goal of this site is to help potential players and sponsors at these schools from around the region form new teams, attend tournaments, and improve their knowledge base to be the best academic competitors that they can be. Some of the material on this site has been borrowed from SoCalQuizbowl.org, which one of the founders of this site previously built. The site founders’ experiences in Pennsylvania, Delaware, Southern California, Tennessee, and elsewhere around the world of quiz bowl all helped inform the material found here. Feel free to contact us if you have any questions, or leave a comment! We love to talk with coaches and players from all around the country.

Other websites about quizbowl are welcome to use the material here so long as the content is attributed to GPQB.

Ryan Bilger started playing pyramidal quizbowl as a high school senior, after two years of playing solely a local format in the Lehigh Valley. As team captain, he led Emmaus High School to two pyramidal tournament victories in the 2014-15 school year, and finished as the 6th highest individual scorer in the preliminary rounds at the 2015 HSNCT. He graduated from Gettysburg College in 2019 after founding and leading their quizbowl team for four seasons, and is currently pursuing a masters at West Virginia University. He also is a four-time champion on Jeopardy! Ryan has been a GPQB contributor since 2015. 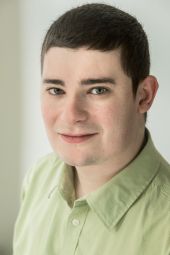 Ben Herman began his quizbowl career playing for Henderson High School in West Chester. While he only played a few pyramidal events in high school, his Henderson team won the 2011 Pennsylvania State Championship tournament. He went on to play four years of quizbowl at the University of Delaware. He has staffed or directed dozens of quizbowl events across Pennsylvania and Delaware over the past several years, and has officiated over 700 quizbowl matches. He co-founded GPQB in 2014 and started our GPQB annual awards tradition. Ben is currently a PhD student in history at Penn State University, where he is studying the 17th century British Empire.

Danny Turillo is a sophomore at the University of Pittsburgh studying political science, economics, and Italian. He is currently the Tournament Director for Pitt’s quizbowl program, having previously served as the president of his team at Boardman High School in Youngstown, Ohio. While at Boardman, he worked to promote pyramidal quizbowl by directing tournaments, revitalizing the History Bee and Bowl team, and starting a summer quizbowl program for local students. In addition to staffing events in the Pittsburgh circuit, Danny is a writer for Ohio Academic Competition and various local leagues.

Jackie Wu is a junior majoring in business administration and history at Carnegie Mellon University, where she has served as president and TD of the quizbowl club and contributes to outreach efforts in the Pittsburgh area. As captain of Downingtown East High School in Exton from 2016 through 2018, she increased the team’s participation in pyramidal quizbowl, worked to bring better practices to the local competition in southeast PA, directed three tournaments, and won PACE’s Benjamin Cooper Young Ambassador Award. Jackie has worked with GPQB since 2017 and runs our Facebook and Instagram accounts.

Will Yaeger is a freshman pursuing an interdisciplinary degree in engineering and humanities at Lehigh University, where he hopes to start a quizbowl team this year. He played quizbowl for four years at Hempfield High School, where he captained the 2019 team that won the Pennsylvania State Academic Competition, finished T-12 at HSNCT, and was voted unanimous #1 in the GPQB End-of-Season Poll. As a senior, Will was GPQB’s 2019 Player of the Year. He is a question writer for PACE and has contributed to a handful of housewritten sets.

Chris Chiego co-founded GPQB in 2014. He has also been involved with quizbowl outreach efforts over the last decade in Georgia, Southern California, and Western Tennessee. After competing on WREG-TV’s “Knowledge Bowl” with White Station High School (TN), he played quizbowl at the University of Georgia and UC San Diego. He also spent one year teaching and coaching high school quizbowl at Germantown High School (TN). He is currently a PhD Student at the University of Pennsylvania, where he won an ACF National Quizbowl championship in 2015. Since coming to Pennsylvania, he has assisted in starting over a dozen new quizbowl programs in and around Philadelphia and offers his extensive logistics experience at local tournaments.